The last week has been a constant spree of beautiful mountain days. I have kept on combining short roping, ski-touring and steep skiing and without doing anything new or hard, just been spending some great days in the mountains with awesome people. The English say that you are “feeding the rat” when you are doing things on the edge meeting yourself. I have been no-where close to feeding my rat, but rather been out among the hills just enjoying life, slowly getting into mountain shape and letting my rat get hungry for all the dream adventures I have in mind for the spring.

The highlights from the last two weeks has been:

– A chilled out traverse of Aiguille du Chardonnet with Nate Wallace and Seth Morrison. We had a perfect weather day and climbed up the south couloir, traversed the Forbes arête and then skied the esthetic S couloir on the north west side. Nate was shooting Seth and myself for his webisodes (he’s doing a great job! Have a look at his work on his Youtube channel here) and I think we nailed some of the prime ingredients of what ski mountaineering is all about: A good day out with friends, some really exposed climbing on the arête and then a nice and steep ski down a beautiful couloir.

– The day after I went up and did the Brèche Nonne-Èvêque couloir with Mark Sears. The goal was to get some nice shots of the couloir with photographer Tero Repo shooting it from the other side of the valley. The weather was, once again stellar, and even though the skiing in the couloir wasn’t perfect we had another good mountain day and Tero was happy with the photos.

– After this I took three days rest from skiing and focused on getting back in to climbing mode for the spring’s guide exams, climbing down valley on both the Swiss and French sides of the border.

– A low-pressure system hit the valley after this and I skied a bit on Aiguille du Midi in fair weather and good snow. I love being up there then the weather is keeping the hordes away and you get to have 3000 vertical meters of good snow and no-one around. The day after I had one of the best powder days of the season at Helbronner, Italy, with Thor Husted and Nate Wallace.

– The last days I’ve been ski touring in the Aiguille Rouges and in the mountains behind Les Houches in the search for great snow and loneliness together with Mark Sears and Magnus Kastengren. We got rewarded with both awesome couloir skiing on Encrenaz and humbled by the mountain forces on Chamonix’s backside, but whatever the outcomes when the pen hits the paper, we have been out there enjoying what we love doing.

Now I’m on my way up north to Riksgränsen, Sweden, for the Haglöfs Arctic Weekend and then to the Norwegian coast for a Salomon Freeski TV project together with Chris Rubens, Greg Hill, Mattias Fredriksson and Switchback Entertainment. More updates will be coming soon. 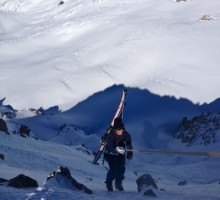 Seth rappelling around a gendarme 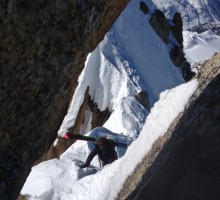 Nate soloing to get in place 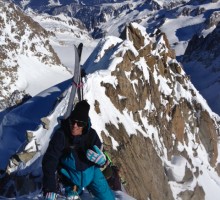 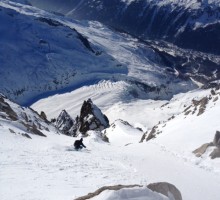 And a great descent 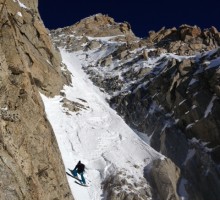 The exposed traverse in the S couloir 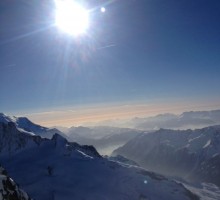 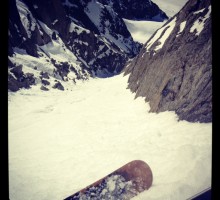 Myself in the Breche Nonne-Eveque couloir 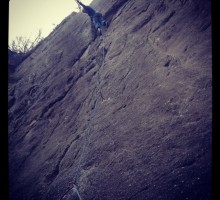 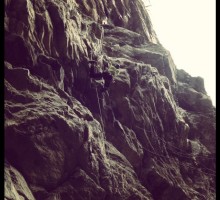 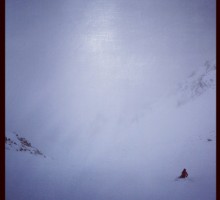 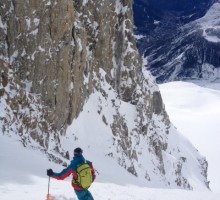 Thor Husted about to get first tracks down the Toula glacier at Helbronner, Italy 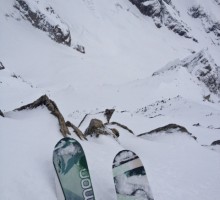 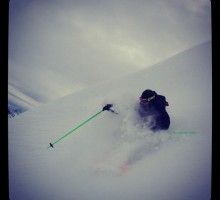 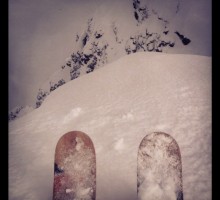 Myself about to drop in on the Encrenaz couloir 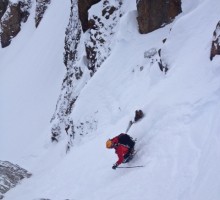 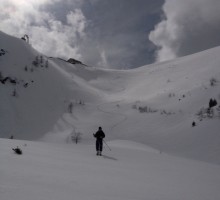 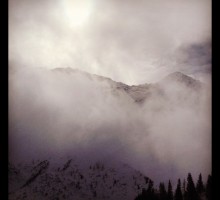 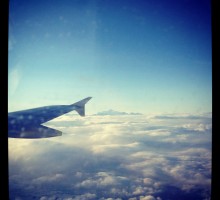