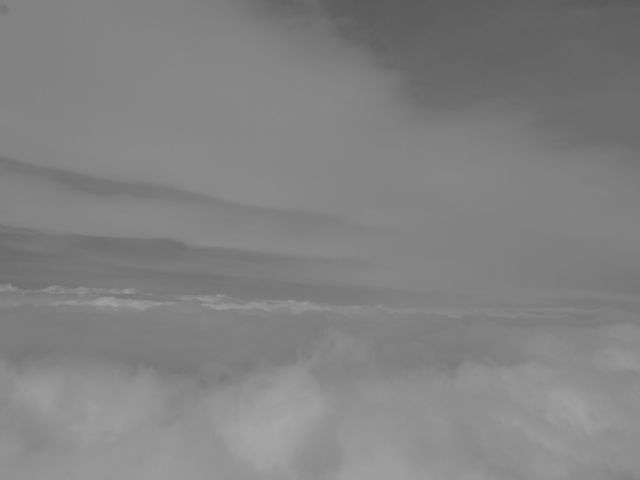 When as a boy I read the stories of Swedish climber Göran Kropp and his adventures (including riding a bike from Sweden to Nepal and then climbing the highest mountain in the world) I was stunned.

I read about his adventures and from then on I started sleeping many nights in my sleeping bag on the side of my bed on the floor with the window open. The adventure was on and I could not see any other way to live my life.

Back then I was stuck in the fully conceptualized way of thinking where I drew a line between myself and the others – the people who realized their dreams. My grand intent was, luckily, to smash all walls and limits I could possibly find – but still I drew a line in between them, the people who, in my world were free, and myself. I think I gave them mystical powers of strength as well as physical, mental and economical standards.

Fifteen years later I know from my own experience that the people I used to look up to where not really stronger than anyone else – they had just been following their dreams.

Before I would have said the end, but nowadays the end mean something completely different to me and now I’m satisfied saying that they have just taken their dreams a little bit further than the normal, met their fear a little bit more than the average person.

The end means something completely different to me now. I have so many of my friends who have taken their quests to the end that society calls death, that I sometimes have a hard time appreciating the value of “taking something to its end” and to give it the right proportions.

I’m not even sure I believe in the normal concepts of life and death any more. What’s what, and which is which, and which is that? I have visited many worlds and from some vantage points, what we keep as things important and serious just seem like a game of sticks and stones between kids.

What society view as sane is only accustomization to what’s widely seen as the normal. And with “the normal” means only having the normal fears, normal views of reality, normal limitations and so on of any ordinary person who have experienced something normal in life.

Society, though, is slowly changing its vantage point to the one of the rebels of its own self. The rebels are never acknowledged in their own time (at least not in their own youth, with a few exceptions) but it’s always their breakthroughs in consciousness that tomorrows reality will be built upon.

What can we do if not just enjoy them and share them with our friends? From one point of view they are only childish escapistic and romantic games we play. From the other end of the scale they are the very reason we are alive, the great meaning to life.

So what’s next in line? What are the worthy adventures to follow to their ends? And what is really the end – can we ever get there – to the end?

For me, the next thing in line is to try to normalize a life not normal. I don’t mean that I need to normalize it to someone else’s standards, but I need to do it for my self. I need to find a platform on where I can live, love and grow in harmony with my self, my family and friends. I have met death, and I have come back and I have also met life and come back from that. Where can I take these extremes on the scale (as we know it) and find coherence? Where can I out of this coherence still get the depth in a life built of opposites?

Yes, I hear my own thought threads; every question leads to another question, but maybe, sometimes, questions are the moving answers that we are searching for. They are alive, where I imagine the final answer would be a dead one – its killing the feast, it takes the curtains away.

The worthy adventures of the future will be the ones that invite uncertainty to the table together with beauty and esthetics on the other side. And at the other end of the table there have to sit an unanswered question. This is how I imagine a good adventure.

It have to be uncertain, because for me, things that are static are not alive and if an adventure is certain (success, risk, reward etc.) it can be done purely in ones mind – it would not be worth using the playground of this world to expand our consciousness and go out in it and play.

It has to have beauty and be esthetic because that, I think, is one of the secrets to life. I’m not just say that it just has to be a beautiful mountain, river, wilderness, wall or something you can grip. It can also be beautiful in its own execution, like alpine style ascents of big mountain faces are, in my mind, some of the most beautiful things that exist on this earth.

A good adventure also has to have an unanswered question because that, when pure, is the engine of the whole feat. The adventure has to answer the questions to the likes of: where I brave enough? Did I have enough heart? Or skill, or strength, or experience? Or just some other questions that could be found deep within!

Then comes the question what the end is? In normal mountain adventures the goal and the end is usually the same thing. We are going to climb this or that route on this or that mountain and if we are succeeding in the objective, we did it in clean means and if everyone is back safely its usually taking this particular adventure to its end. But then, the mountain people, or maybe it’s a human thing, however, we seem to have a passion for doing what we do in general; for example climbing mountains. And taking this passion to its end is much harder to define, but maybe my friends that have perished, perhaps that’s what they did?

I can’t though, avoid the question what “the end” really means.

It’s the death of something, that’s pretty clear. Even though the word “death” really means the ending of a biological organism, I feel like we can use it as, for example, the death of a dream, death of a vision and so on – An ending to something.

I think it’s impossible to not be a mystic when it comes to talk about any important question. Mysticism, really meaning going beyond words in to one’s own personal experience.

For anyone with an assemblage point not totally stuck in the “normal” way of thinking there is, to say the least, hope for the future. But that’s not where this thread of thought is going at this moment.

It’s going to continue on the “going to the end” and “what the end is” and its not going to uphold itself with what’s behind the curtains.

For me, to take something to its end is to live every aspect of it fully, whatever that might be. It does not have to do at all with biological death. If one is interested in skiing, well then ski till you don’t want to ski any more. Be smart, don’t get injured, sick or kill your self while doing it. Back of when needed, because “perseverance is favorable” as the old proverb, states. But still ski, till you break on through to the other side!

The same goes with food, climbing, career, love or anything else, where living it through is the only way to take it to its “end”.

So this is where I am right now. In some ways I feel like I have lived my own dream of skiing, as it where, through, and now its time for the next step. How am I to live the middle age skiers life (a life of a skier is definitely counted differently than a normal life) where many of my old powerful dreams of the past are lived through, where I need to preserve and renew what’s left of my body, where most of the friends of old have quit or are gone and when motivation and enthusiasm does not come as easily.

Well, then its time for new adventures! Its time to use the knowledge and experience gained by time to realize the biggest of dreams and even the dreams I didn’t dare to dream before. Its time to take a step back on some places where I have nothing to gain but still take two steps forward where my dreams and ambitions are pointing, saying; “live this life, live this chance, live what’s here because here and now is the only thing that is”. What the consequences of this dream will be, I don’t know, but what ever happen – if I don’t follow it through it will come with regret and what would be the reason to dream at all, if I don’t follow these magical dreams through”?

Through, to the other side of that wall or that curtain, through, to the next adventure to come. Because if I don’t want to learn and live this adventure to its end, it will repeat itself till I’m happy to learn. But, by then, the risk is that the adventure that was supposed to be magic will just be executed in routine – its opposite.