Cham photo shoot day 2 – A lonely day in the storm

Today we went up to Midi to get some fair weather shots. The crew for the day was Erik, Daniel and Bjarne. It was a good, cold and fairly slow day where we only did one run (a run from the top of Midi is around 2800 vertical meters) but we got the photos we where after and we skied some really good snow. The most intense moment was for sure when we got to track the Bosson glacier with zero visibility, but we made it spot on and where down in town for a good afternoon boulder session.
It’s been a good weekend and it was really cool that Erik and Daniel came by – Both are excellent company, Erik is a living ski motivation booster and Daniel is one of the best I know at documenting the action and the story as it unfolds. Daniel has been in Chamonix before with us, but for Erik it was the first town skiing the bigger lines and it was awesome sharing the experience with them both and to be able to show them a small part of what these mountains has to offer! 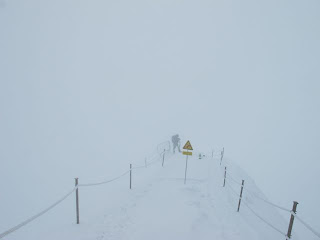 Bjarne shooting on the Midi ridge 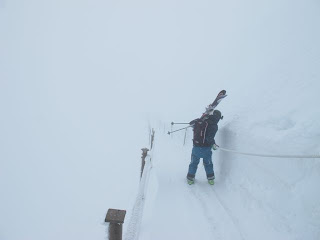 Erik Sunnerheim sliding in to the fog 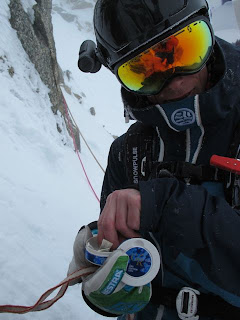 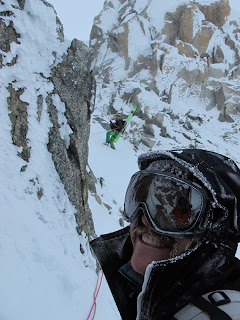 Daniel is always happy, Bjarne on the rappel 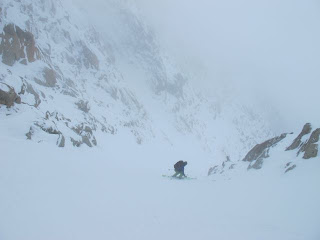 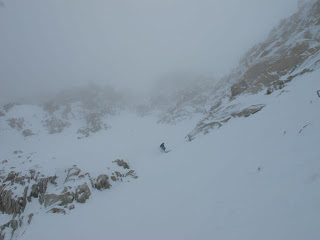 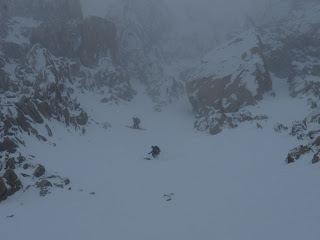 Daniel waiting while Bjarne is skiing 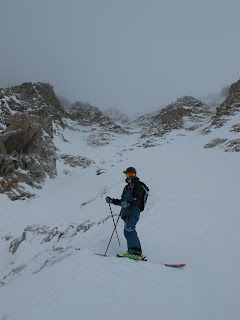 Erik with the couloir in the background 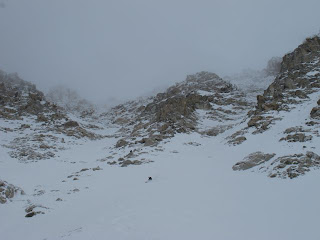 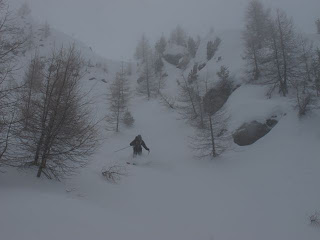 Daniel skiing powder in the trees 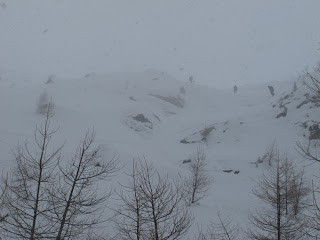