I just came back from a two-day ski tour around Dents du Midi in Switzerland with Bjarne Sahlén.  We had planned to ski one of the awesome couloirs on the north side, but snow conditions where really tricky. First, on the south side we had to abandon our objective because of wind loading, and then, when we dropped in to our back up run it was also extremely wind loaded – so the only reasonable thing was to walk back up and call it a day.
It’s weird though, that many times when I back of something I feel like a bigger accomplishment than when I get something done. Especially this time when backing of was a much bigger hazel than skiing down, that makes me even more proud of our decision. But looking back we still had two great days in perfect weather, a kick ass dinner as well as some really good turns. We might even have some good material to make another small webisode.
Keep an eye at Bjarne’s video blog as well; it’s loaded with lots of great films from the mountains – endlessflow.posterous.com 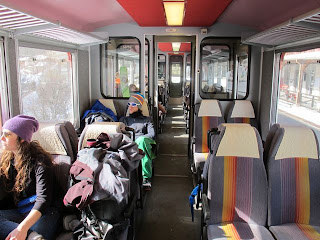 Bjarne on the train to Marecottes 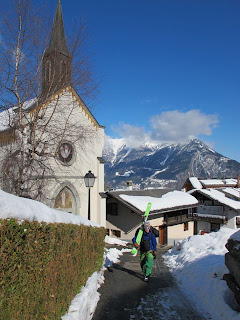 Bjarne walking through the beautiful village of Marecottes 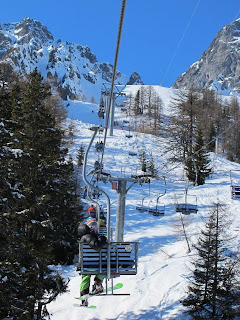 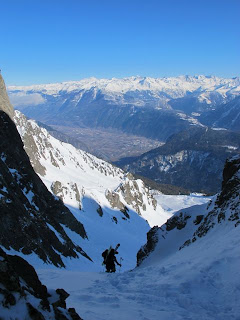 Hiking up to the Marecottes backcountry We got some really good turns in 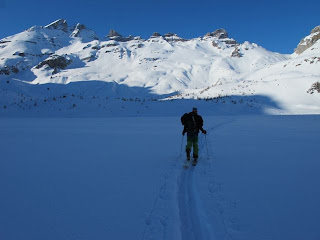 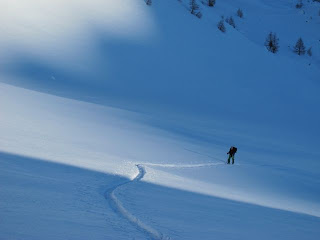 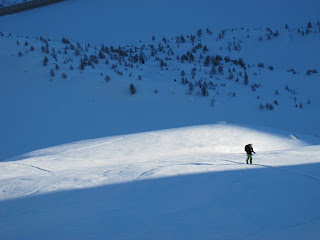 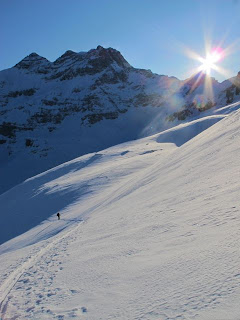 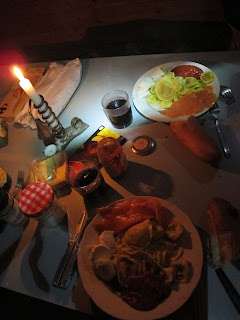 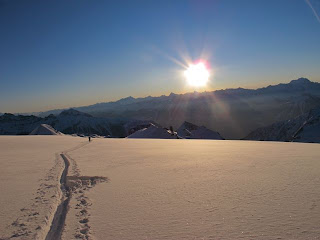 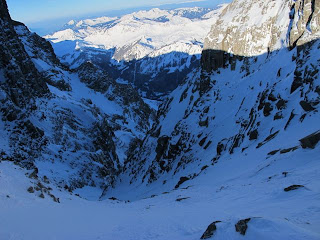 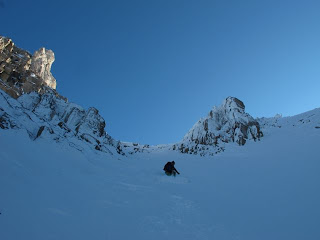 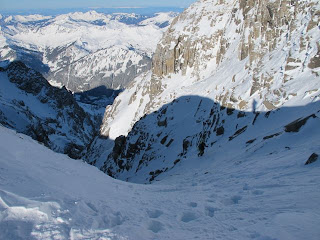 But it got too good… Really wind loaded further down and Bjarne belayed me out to check the snow, but it was just too dangerous. We had to walk back up. 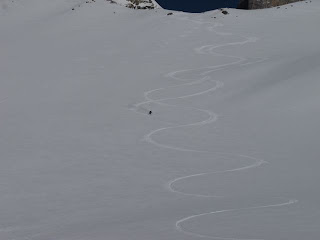 But wi still got some really good skiing 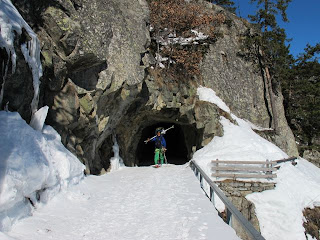