A powder day in Chamonix

Today was one of those days where we got rewarded for trying. It was snowing more or less the whole day yesterday, but we still just got a few centimeters down in the valley. After a long high-pressure it felt like there was a big risk of getting “dust on crust” skiing today but we felt like it was a good idea to check it out anyways. The wind had been from the north so we felt like the best chance of good skiing was on the Brevent side of the valley. I have no idea on how the skiing was elsewhere, but it did rock in Brevent.
I met Tony Lamiche in the morning at the lift station and we got five great runs together before he had to take of to pick up his daughter. As it was getting warm I also called it a day, and will end the day with a climbing session.
Tony is a skier, climber and guide living in Chamonix during the winters. Check him out on: www.tonylamiche.info (french) 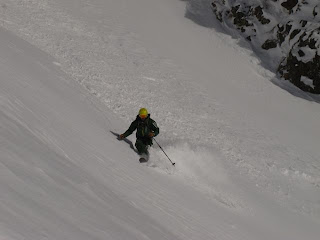 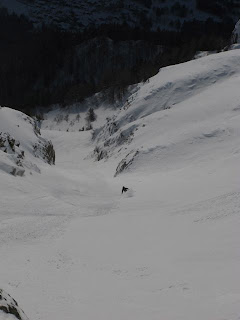 Tony opening up the Bellin couloir 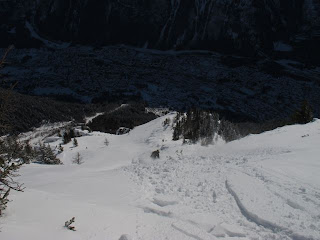 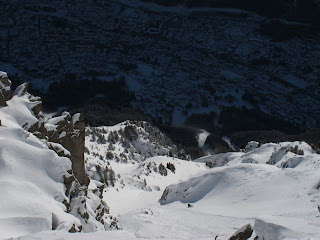 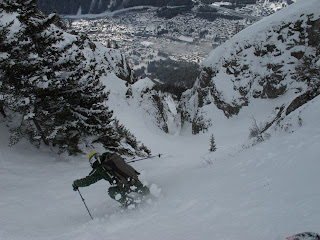 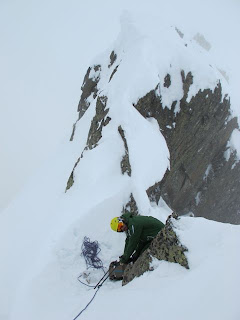 Tony working his guide skills with the rope… He put me on belay so could check the snow in one of the couloirs. In the end we bailed out and skied something else. Its always worth checking though.
Tweet this post
Email this post
Share on Facebook
0
2136 Views