A cold day, some good decisions and some powder

Yesterday we had our eyes on a good couloir in the Aiguilles Rouges. We started in Flegere and walked up to Lac Blanc but the wind was really strong and it was  very cold and the slopes wind loaded. There was spontaneous avalanche activity on south eastern slopes and we understood early that our approach couloir could be a no go. But we kept at it to have a look and get some exercise. When we finally arrived to the base it actually looked better than we had thought but nevertheless we decided that it would be pretty offensive going up this one as there was a bit of loading, it was just above terrain trap and the slopes we would ski after the objective would be very loaded as well. This time we where not worried at all about the couloir we wanted to ski, but it was getting to it and back that was the sketchy bit. So we walked back to Lac Blanc and climbed up to Col de Bellverdere, a classic ski tour in Aiguille Rouge. The small couloir leading to the bowl on the backside had a sideslip track as always but it was powder just to the side of it and the big bowl it self was totally filled in with no tracks.
Even though we didn’t get to ski our objective we still got some great powder turns and a fine day out…
Today had been a rest day with paper work for me and a trip to Grenoble to sort out some boots for JP and tomorrow we have some new ski plans… Life is good… 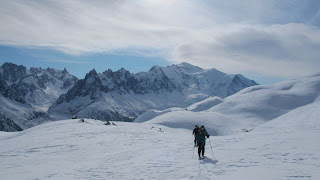 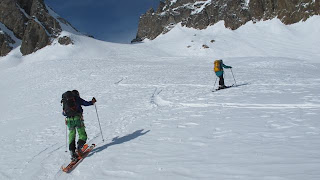 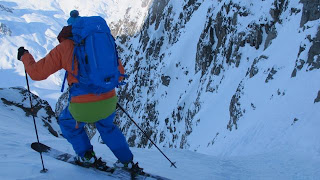 Myself entering the couloir 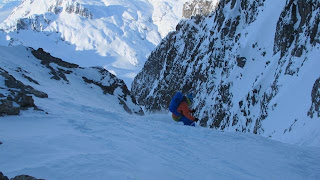 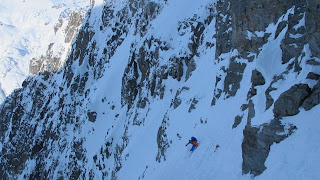 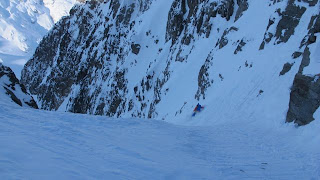 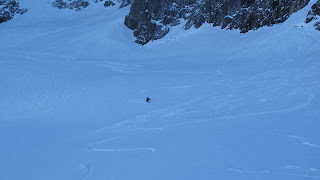 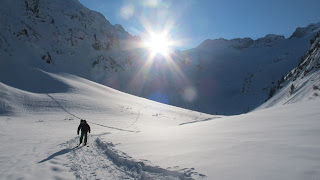 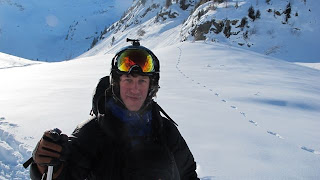 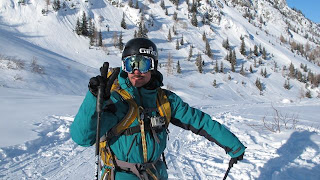 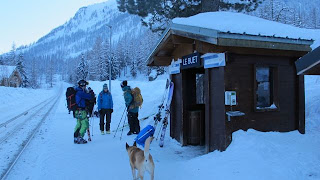