When I did the last update I wasn’t able to import photos from the camera, so the lost photos are coming here… 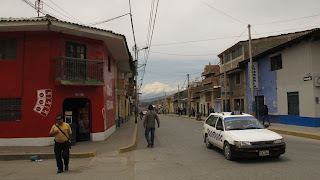 Huascaran seen from the town of Huaraz 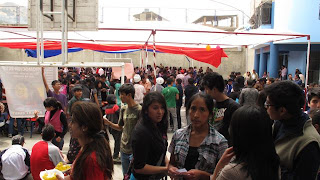 Once a year the school kids make their own food market. We got invited by our friends running the Hatun Watsi hostel… (www.hatunwasihostel.com) 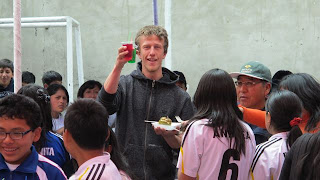 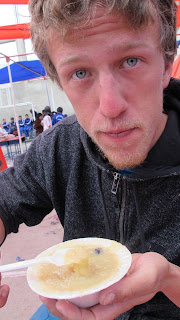 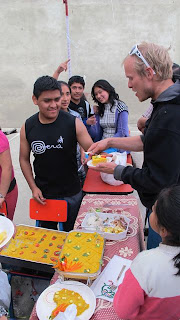 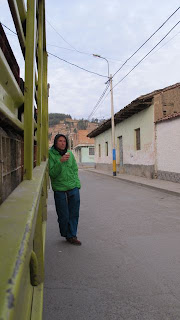 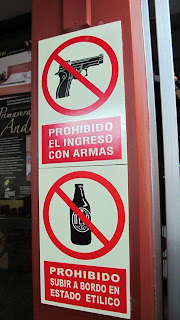 You are not allowed to have guns on the bus 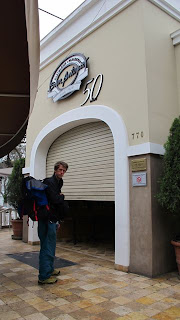 We literarily opened one of the fancier bakeries in Lima 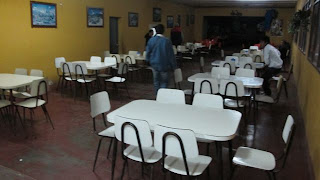 One of the pit stops Lima – La Paz 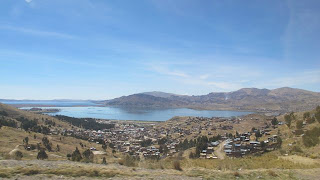 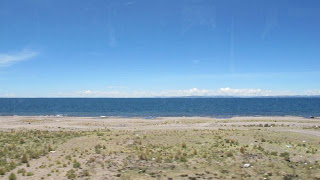 … the highest “commercially navigable” lake in the world, what ever that means… 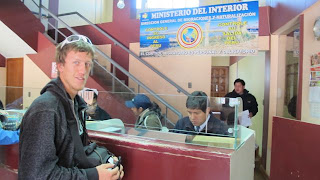 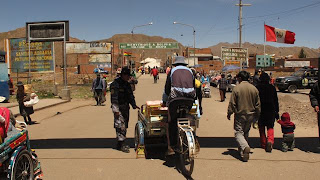 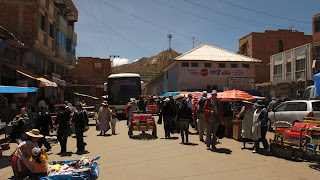 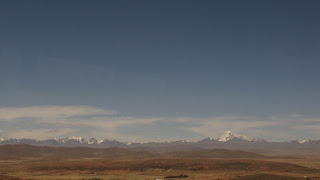 The Cordillera Real from the bus 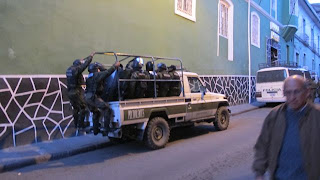 Plenty of these in La Paz 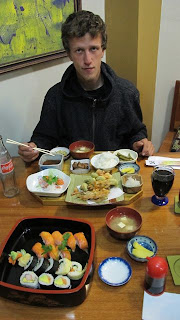