So how did it go at Sweden’s only mountain festival? Well, I came back from the 24 hour train ride yesterday afternoon and I would like to say that I had some amazing days at Storulvån mountain station. Because of stormy weather it was a challenge even to just get there. Normally you can take the buss all the way to the station, but now the road was closed and we had to take a ski cat to get in to the mountains.
Arriving at destination the storm picked up and soon not even the ski cats where able to get people in and out – closing us in from the rest of the world. The weather made big adventures quiet difficult, but everyone there seemed to do the best of the situation and enjoying the great meals at the station one could see in everyone’s faces they had been out as much as they possibly could.
Everyday was filled with outdoor clinics in the daytime and lectures by world-class adventurers in the evenings mixed with lots of socialising time in-between. I held one lecture and held steep ski clinics as well as some ski tour guiding for the Haglöfs crew.
It was an event with great atmosphere with cool people in a cosy location – I can highly recommend the event for anyone passionate for the mountains in winter.
Eventually the wind calmed down, the road opened and the gun smoke from the last night’s party dissolved and the festival was over for this year. But there will always be a next time… 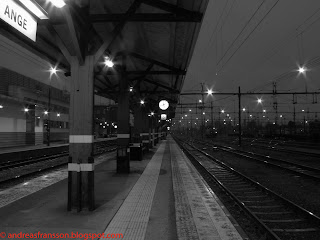 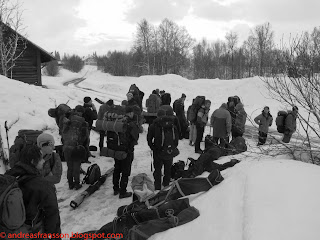 Where are the bus? 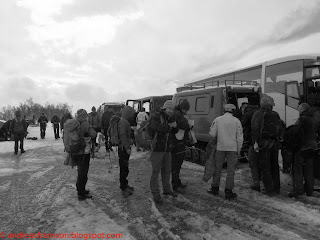 Change between the bus and the cat 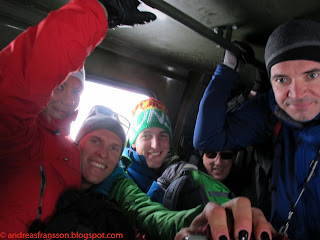 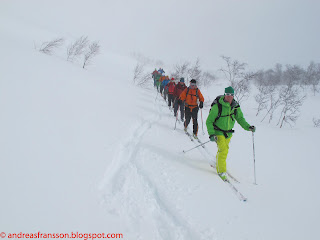 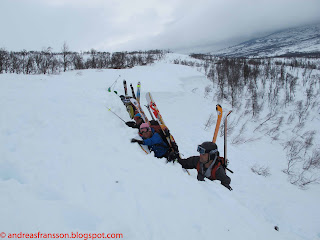 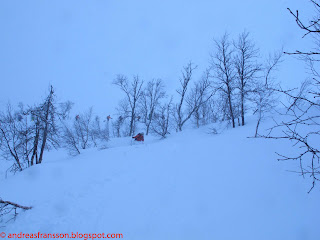 Carro working with marketing at Haglöfs and loves powder 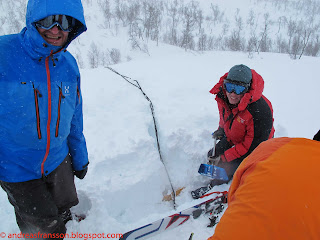 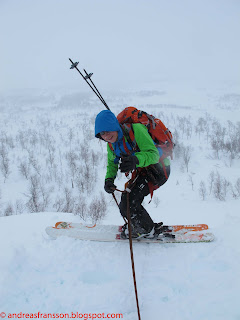 Anna, designs clothes at Haglöfs, and is making rappels down cornices in the Swedish wilderness 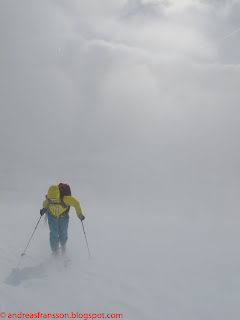 Helen, also working at Haglöfs, in a sunny storm… 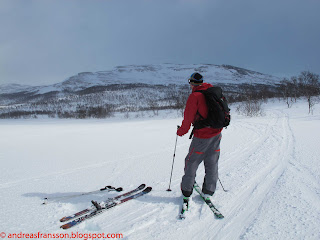 Christian Kalmendal came for a soul tour with me one afternoon, the name of the mountain would give you a head ache, so I will keep quiet.. 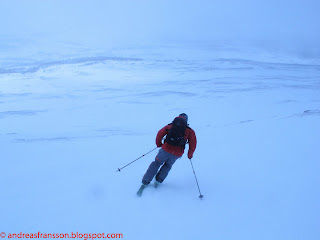 Christian skiing… Btw, he has just put together the best ski book Sweden has seen in years. Try to get your hands on a copy. You can get them trough www.areskidsport.se 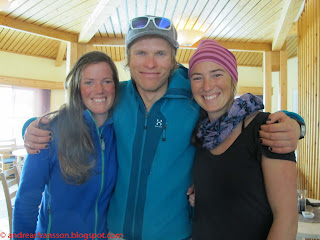 The Baffin Babes, Emma and Vera Simonsson where there, 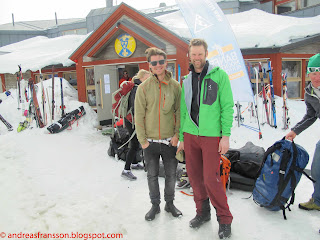 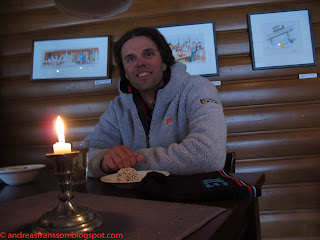 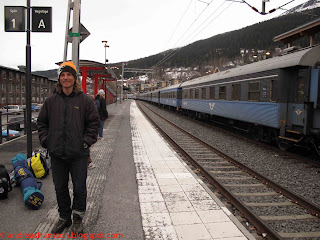