A happy birthday and a solo of the classic “Big Blue” 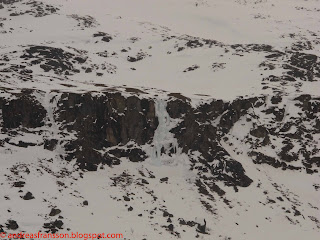 The Big Blue
Two days ago it was my birthday and I felt like I wanted to treat myself to a small adventure even though the weather was not to good. The days before I had lost most of my motivation as a good friend was struggling for his life on a hospital in France. While I where far away, with not much I could do and worried for him, he was also my partner for Alaska this spring.  This meant I had both a friend in trouble and my project of the season washed away. After two days in bed I needed some fresh air and I also asked myself what Max would have done in my situation. He usually goes out soloing I thought, so I went out in the light rain to do one for him.
One of the few icefalls in the area that I had not done was the biggest classic; The Big Blue so I thought it would suit the day perfectly. I drove over to Låktatjåkka, parked the car along the road and walked up to the icefall in 20 minutes. There, I just put the crampons and harness on and clipped in to a trail line if I would need to retreat because of bad conditions. The ice was not very good, it had been quiet warm, but now it was below zero again although the ice was still really hollow. This meant it took lot of work to get safe placements for the tools, but I guess that only added to the experience.  In the end it was not the ice that was the crux but a big overhanging cornice at the top. The later took a half hour to dig trough and then full concentration to get past.
Standing at the top the first thing that happen is that I receive a call from Max’s girlfriend telling me good news from the hospital. He is going to be ok.
That was the best birthday present I could get. Later on the same night I get another call, this time from my good friend Magnus, telling me he is up for joining the Alaska adventure. Magnus is on of the most fun people I know to hang out with as well as really good in the mountains, so I’m once again really looking forward to our camping holiday! 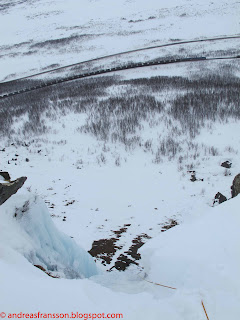 Getting past the cornice in the end 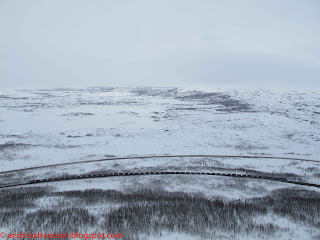