Today was the first skiing day since I came back from Sweden and I wanted to go up high and check the conditions in the mountains after the last week’s heavy snowfalls and hard wind.
Glacier Rond have not really been in condition since the very first days of the season, but it have gathered lots of snow lately and no one have put the tracks in, so it seemed like a nice and easy day out on the mountain. 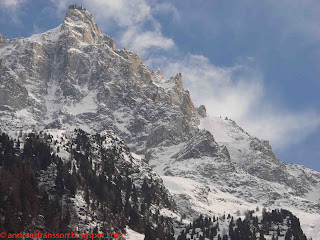 Aiguille du Midi. Glacier Rond is the big snow field out on the lookers right!
The rumour has also said that there is a big crevasse on the way back from the west face making the outing much more complicated than normal, specially for keen skiers with not to much alpine experience.
I went out on my mission together with my good friends Felix Hentz and Maxime Turgeon and we went up to the tunnel to stack a car making the ending of the day lots easier. Then we went over to Aiguille du Midi and got chocked on arrival how much people there where waiting to go up the mountain. They even had introduced bin numbers for the first time of the season, but it all went fine and we got a low number and got going in just a few minutes.
Traversing around the mountain towards the west face one could really see how the wind had affected the snow and everything that had been facing it was blown in to pieces. But The Wind had been coming mostly from the east making for lots of snow on west facing slopes – and not really soft powder but big slabs making for really high avalanche danger.
But the big face on the Rond is pretty straight forward with lots of safe spots and for most of it a possibility of skiing around the big slabs. So this is what we did. We skied around the big wind collected slab and found our way trough the rocks till we where about one third down the face. From there one have to point it to the next safe spot that is the ridge between the face and the exit couloir. It’s a wonderful feeling skiing the face with the sluff chasing you and then get up on the ridge that cuts the sluff in two halves roaring down the mountain.
The exit couloir was a bit wind effected but still really good skiing and getting down on the glacier we arrived at the big crevasse that people have been talking about. In the end it was not to complicated getting over it. We built a belay with two stoppers and then left a fixed rope for the rappel down the crevasse. Then we put in 5 minutes with a shovel and now anyone can do it with skis on without having to take the rope out. We are hoping that this will pay back from happy skiers using it and maybe paying us back with a few snus and a beer! J
But as always in the mountains, don’t trust a fixed belay with your life before checking it thoroughly.
The snow was super good and we hadn’t had enough of adventures for the day so we kept on going straight down the glacier des Bossons to the tunnel. The skiing was excellent but the glaciers are serious at the moment so we did most of the route-finding roped up. The last bit we walked on foot, but it still felt much better ending up there than have to traverse over to the paraface or the mid station.
The day ended with a classic après ski at Chambre 9, it feels fun being back in town.
Thanks Felix and Max for a fun day! 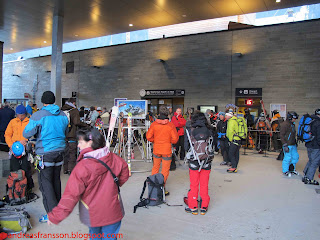 Aiguille du Midi in the morning 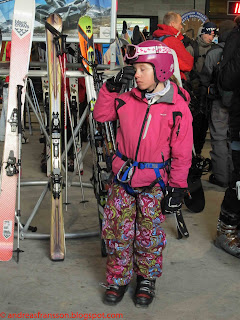 One have to start mountain skiing early! 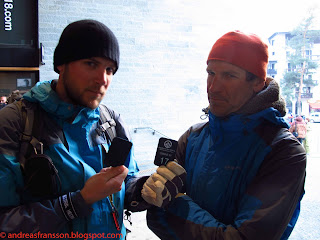 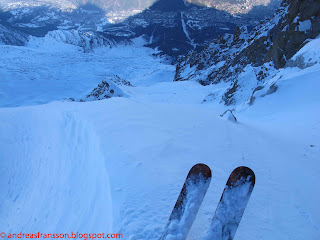 Dropping in on a totally untouched Glacier Rond, probably not skied since December… 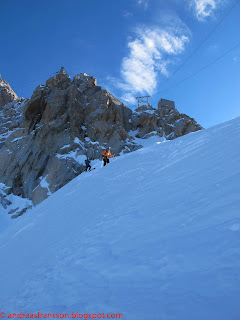 Felix and Max on the ridge 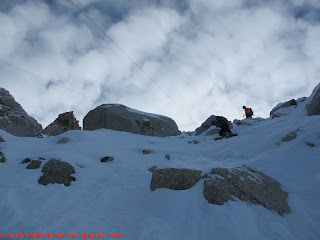 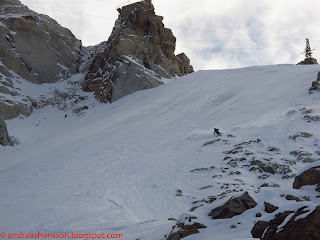 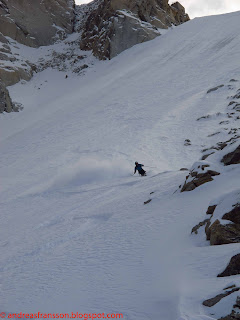 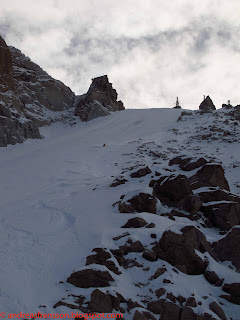 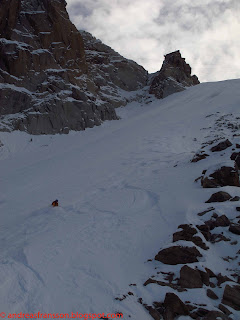 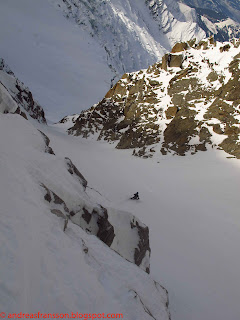 Felix in the exit couloir 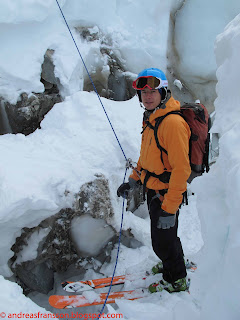 Max rapping in to a crevasse 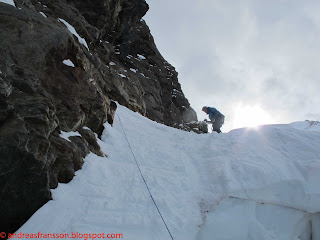 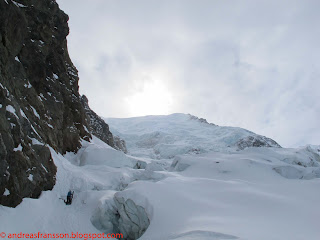 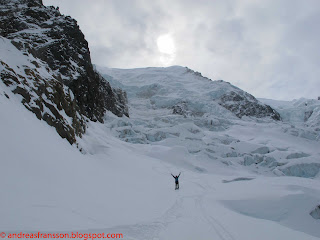 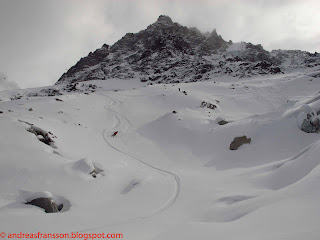 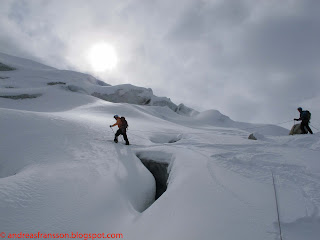 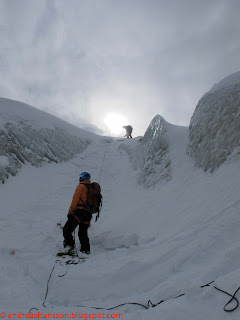 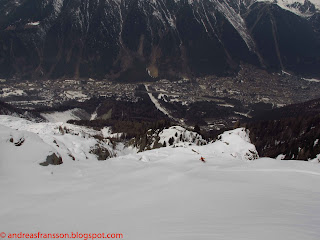 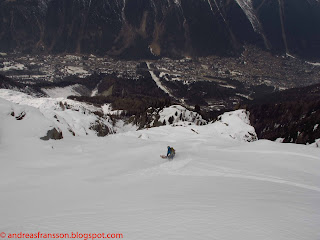 And Felix is not late in joining 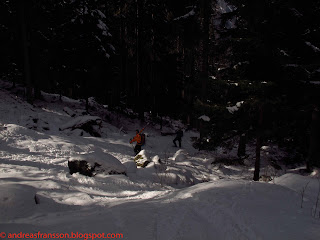 Walking down to the forest 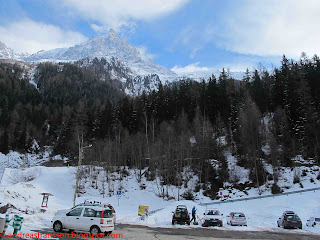