Aiguille Verte – Another good day in the mountains, but with a bitter aftertaste

Yesterday I went up climbing Aiguille Verte with my friend Will Sim. The plan was to do a fast ascent via the route Vivagel on the northeast face. But a slow party where camping on the route. By the time we had climbed 600m, they had done 30m, and lots of ice where coming down so we decided to keep on going to the Bettembourg-Thivierge gully. A Chamonix rule of thumb; no solo climbing underneath happy campers.
Arriving to the gully we discovered that it was not in very good conditions with hard dark ice covering the whole thing. But we still thought it was much more fun than just doing the Couturier so we kept on going. With this brittle hard ice soloing together was no longer an option so we pitched the steep section and then run up the ridge to the top of Aiguille Verte.
It was a great day to hang out on the top of this beautiful mountain. Almost no wind and it were really warm in the sun. We had planned to down climb Couturier to get back, but lots of black ice made it much more logical to go down by rappel. I think we did over ten abalakov anchors on the way down and then replaced slings on some more so one could now say that the decent is properly equipped for anyone interested in climbing Verte in the next couple of days.
Everything went perfectly well for us this day, but I still came home with distaste from the day. I don’t know if it’s only me, but it seems like the objective dangers have become much bigger in the mountains this season. When we got down to the bergschrund at the end the day, the whole thing had collapsed. Skiing down the glacier also feels like walking around on a minefield in the midst of a war with black bottomless holes everywhere covered with brittle bridges. And coming home to town we get to know that one of the parties doing the traverse under Cordier after us got hit by a serac fall; one dead.
It’s a weird year up there right now with a lot of good people getting in trouble.
Its on thing to take risks depending on ones own skills in skiing and climbing or just being in the mountains, but playing the game of Russian roulette with a clip full of bullets in the world of objective dangers. That really sucks!
Now awaits a vacation from the big stuff to recharge the batteries…
Thanks Will for a good day out…
Will Sim is a really good British alpinist, only twenty years old, but still climbing like the best in the world with a maturity way beyond his years. Follow all the cool things he’s up to on his blog; willsim.blogspot.comLe Dauphine wrote about the accident under Cordier here:
http://www.ledauphine.com/haute-savoie/2011/03/11/avalanche-de-seracs-dans-le-couloir-cordier?image=890F812C-1CAA-40F9-B177-82BA8F6EA6AF#galery (French only) 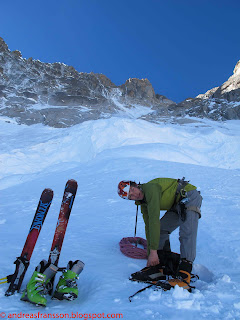 Will Sim getting ready to rock 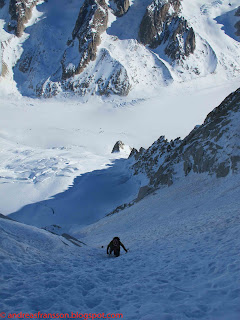 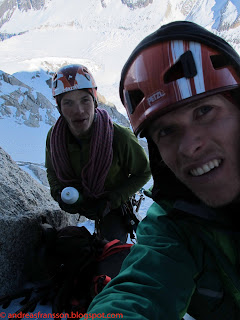 On a cold belay 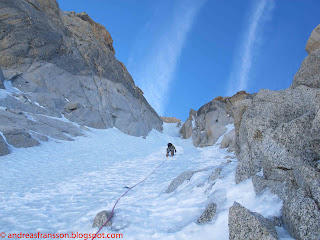 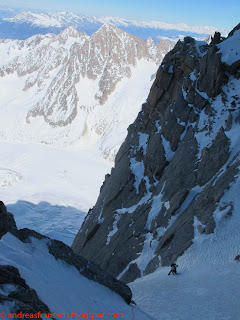 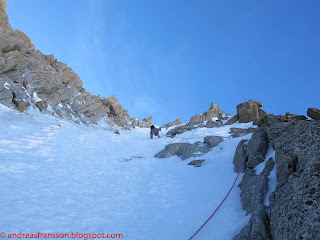 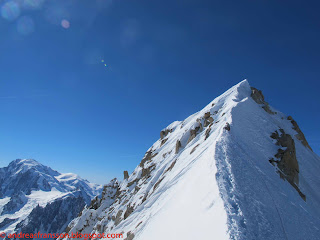 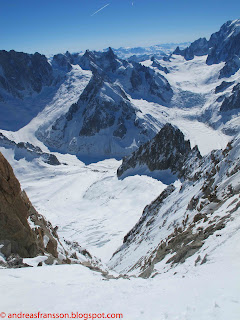 Looking down the Whymper 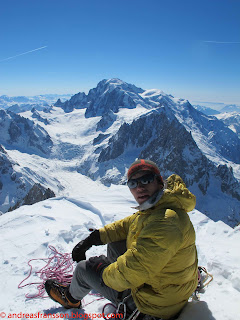 Will taking it easy on the summit of Aiguille Verte 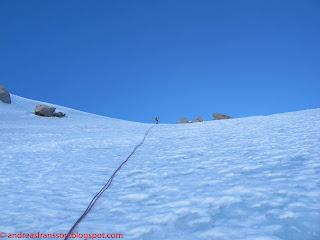 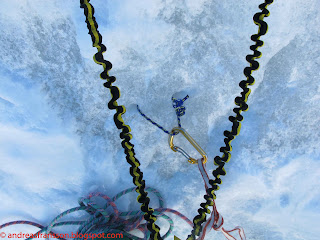 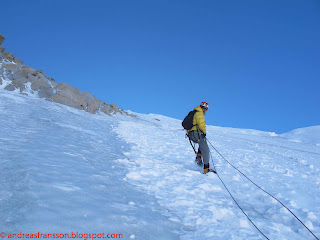 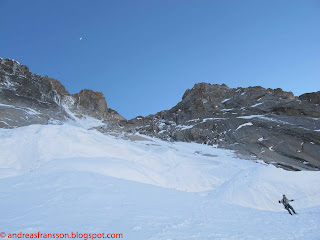 Getting over the bergschrund 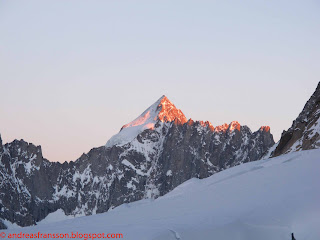 Mt Dolent in the sunset 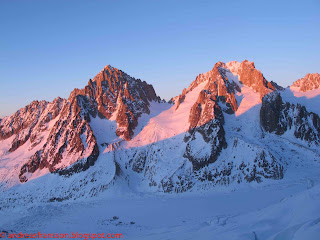 And Chardonnay and Aiguille Argentiere 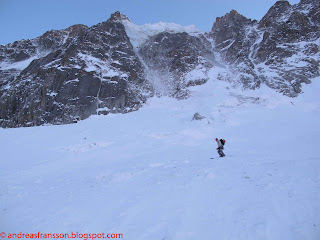 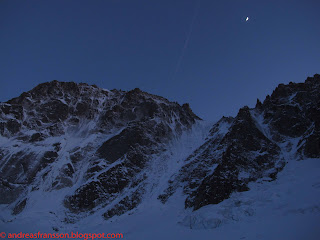 Droites and Verte in the twilight zone 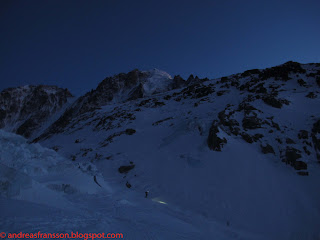 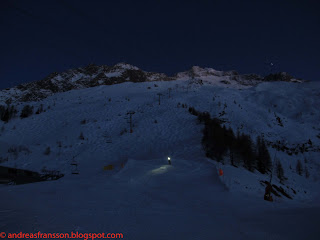