Today I went up for another training session in the mountains. I have always wanted to do the ice route Le Fil à Plomb on the north facing snow, rock and ice face between Aiguille du Midi and Aiguille du Plan. It’s not a very hard route, but the last few seasons it has not been in when I have been here – until this season.
So I though I have to give it a try. I got my good friend Bjarne Salhén with me (his first alpine climb ever) and I thought we might as well spice the day up a little bit and bring our skis with us and try to find some good skiing on the way down. 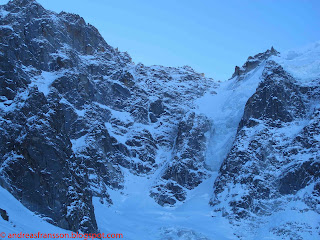 The crux of the route is the ice fall in the centre of the photo…
It all went well and the day even got social as we met some really nice, soon to be, Swiss guides on the route. The route was in good conditions although I guess a bit physically harder than the last few weeks due to the snowfall the other day. After topping out we kept on going towards Aiguille du Plan to ski the glacier on the south side towards Valle Blanche. And after a really good climb we got some great powder turns!
Thanks Bjarne for a great day, and man, damn you are though!
Folks, check out his video blog on endlessflow.posterous.com 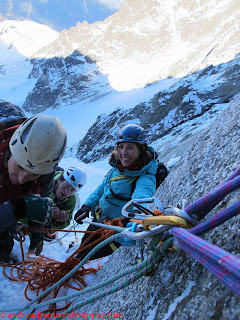 Its always nice to meet cool people in the mountains! 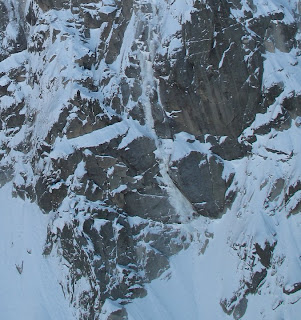 Us and the Swiss guys on the crux pitch (Photo: Thor Husted, from a parapente) 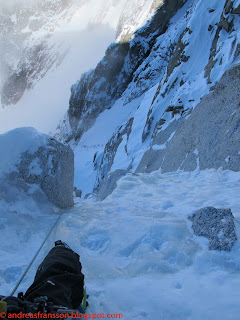 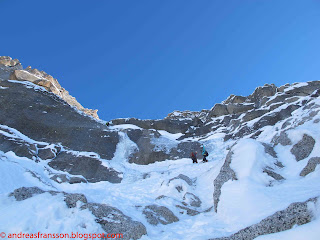 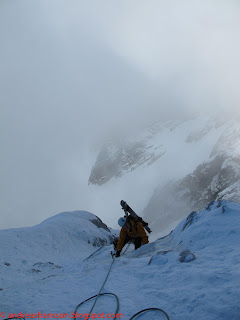 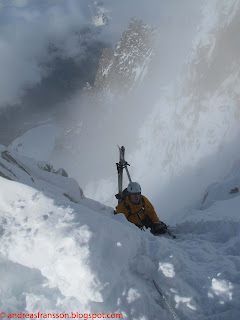 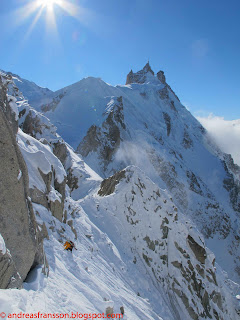 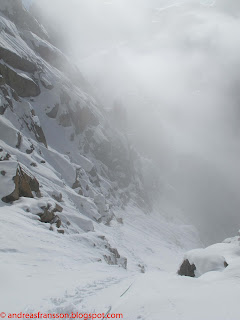 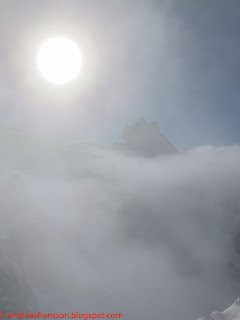 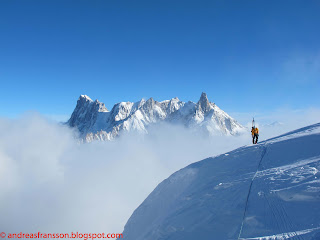 Ok Bjarne, topping out for the last time 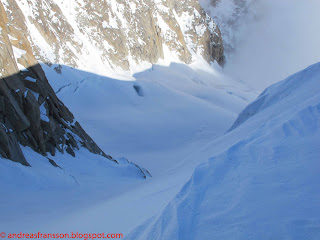 The reward (yes, this is the way skiers think) 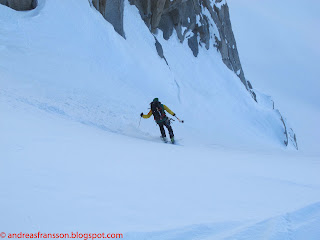 The first turns for the day 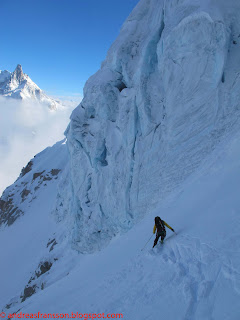 Me doing a sketchy traverse… 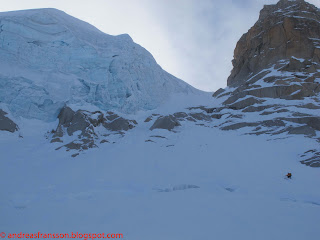 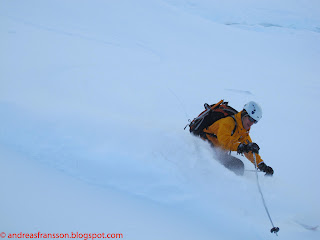 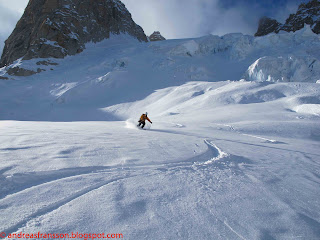