The next day where to become the great couloir day as we where in one day skiing or climbing six different couloirs in the Dents du Midi range. We started traversing over towards the south couloir of Brèche des Doigts with the sunrise, quickly gaining height in the refrozen snow.
At the brèche we clicked in to our bindings and skied one of the most beautiful couloirs in this part of Europe; the north couloir of Brèche des Doigts. It’s an 800m high truly aesthetic and narrow y formed line with a savage feel to it. The snow was good, giving excellent friction, but was kind of wavy making it fairly tricky to ski on some places.
Finishing the north couloir of Bréche des Doigts we traversed skiers right in to the classic north couloir of Dent Jaune. This is the easiest ski on the whole face, but not really in good skiing conditions right now. But we couldn’t care less, just wanting to ascend the couloir to get access to more fun skiing. The climb up was really easy and it didn’t take long before me and Felix sat up on the col eating lunch. Steph had skied down to town, being happy for the day with the first couloir.
From here we made a few turns on the south face and then traversed over to the south facing couloir between Forteresse and Cathédrale with the plan to drop down in to the infamous north couloir on the other side. Its known to be very narrow and just over 1000m long making it one of the longer couloirs in the Préalps. But its not really one couloir, its more like 3,4 or maybe 5 different couloirs linked together making the route finding not to obvious for someone ambitious enough dropping in from the top.
But well, we found our way, and the skiing was good; some powder but mostly just flat grippy chalk like a dance floor. But about half way down we realised that following the intended line would include lots of down climbing on loose rock or a couple of rappels, as the bottom part was not very well filled in. So we continued light skiers left down to a big snowfield above a huge cliff band. Again with some route finding we found a traverse to the bottom half of the couloir de Soi and linked together a fully skiable variation with just a few meters of down climbing.
Happy to have found a good way down the mountain we kept on going down easy open fields in really good snow down to the tree line where we ended up bush-whacking mixed with some good skiing here and there before we found the trail leading down to the village of La Cour. But the adventure was not over just yet. The snow line was already reached a long time ago and me and Felix was walking down this road that did not seemed built with the intention of loosing any altitude so we started shortcutting steep meadows and jumping electric fence after electric fence ending up muddy and tired down at the bridge at the bottom of the valley. From here only a 20-minute walk stood between us and the train station next to the white church; that we with longing glances had been able to see during the whole descent.
Down the street from the train station I found a signpost for a Pizzeria giving us a well-awaited chance to get a pizza on the run before the train would come a few minutes later.
The rest of the story includes a two missed trains (just), a beer in the center of Monthey and finally a ride from Martigny with Felix’s lovely girlfriend who pitied us to much to say no, when we just had missed the last train to Chamonix.
Thanks again Steph, Felix and of course Lotti for another great adventure…
To get more info about the couloir heaven of Chablais, descriptions, info etc. check http://www.chablais-grimpe.com/ (click ski alpinisme and then Dents du Midi) 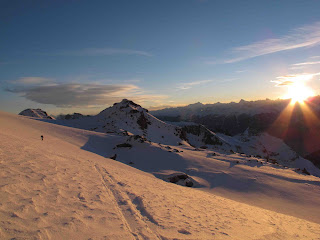 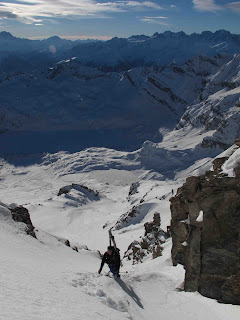 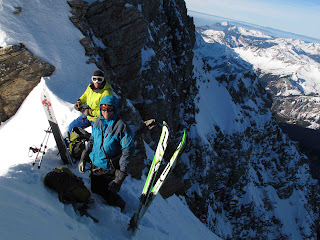 The boys at Bréche des Doigts 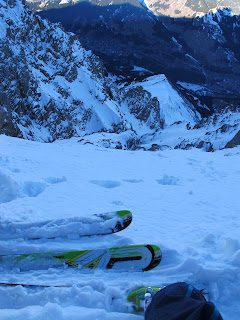 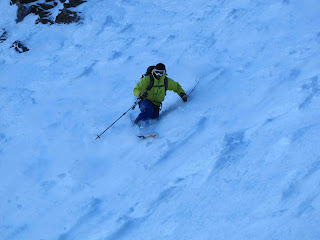 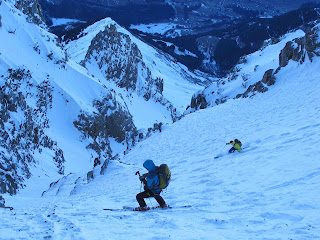 Steph again, Felix in the foreground 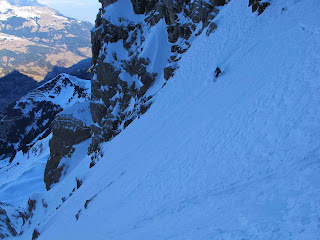 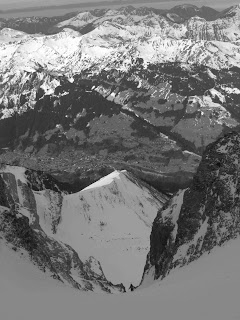 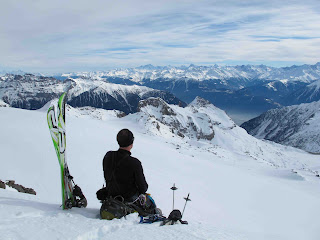 Lunch at the col 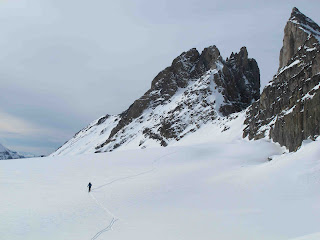 Traversing over to the next objective 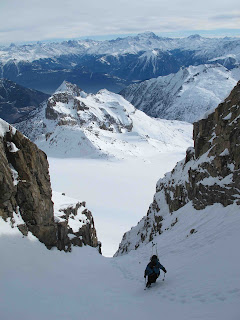 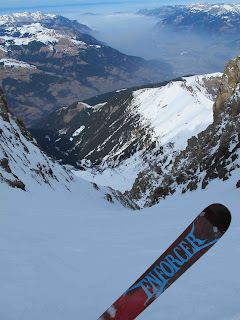 The top of the north couloir of Forteresse 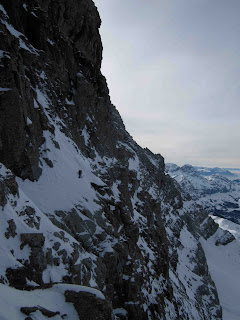 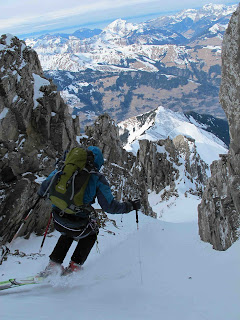 Felix skiing one of the narrower bits 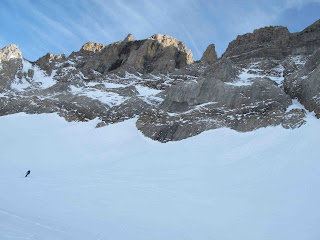 Felix skiing with the face in the background 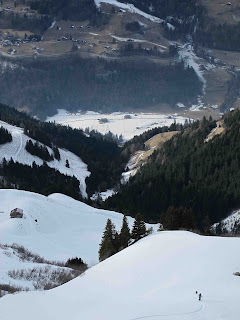 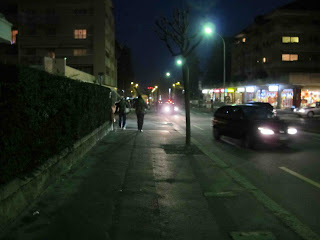 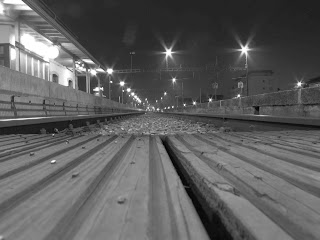 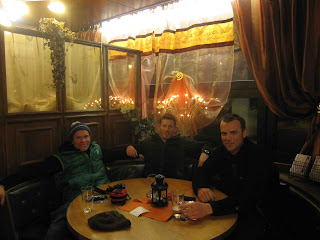 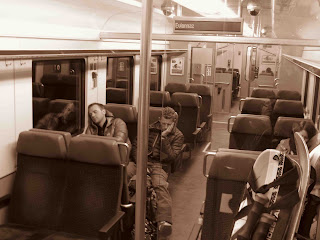 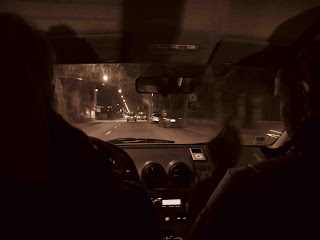 Thanks Lotti, you are awesome! 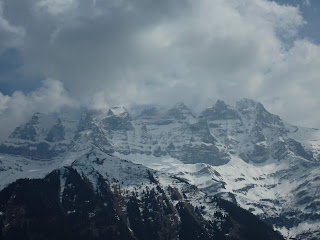 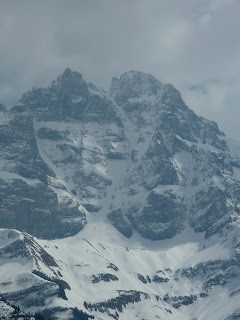