The north face of Pain du Sucre in Chamonix is one of my favorite ski lines in the world. It’s steep, it got a short approach, it goes in to a valley rarely visited in the winter, it’s difficult to get it in good conditions and important, it’s extremely beautiful. I skied it a few years back with Tobias Granath and Are Backstrom in really good conditions and I have since then always wanted to come back.

Bjarne Salén and myself have been trying to ski and film the line three times this winter, but have been let down by bad gut feelings, weather and conditions. It’s one of the most fun but also most frustrating things about difficult steep skiing: you have to time it perfectly.

This last Sunday, on our fourth try, we went for another attempt together with Samuel Anthamatten and with a film and photographer crew consisting of Guido Perrini, Tero Repo and Tim Burgess waiting at the heli base for our call.

The approach went fast and smooth and arriving at the top of the line we found perfect spring powder conditions awaiting us. We called the boys in the valley, clicked in to our skis, and then the action ball was rolling.

It’s one thing skiing this line by our selves, but it was totally unreal having the legendary Chamonix pilot Pascal Brun doing acrobatics with the heli around us making for some awesome film and photo material.

It was an amazing ski, and it really felt like we nailed it with getting it in the best conditions possible, sharing the experience with great people and then also getting it on tape for others to get a sneak peak in to our amazing mountain world.

Below are some screen grabs from Guido Perrini and Tim Burgess. Material will be released this autumn!

I’ll take this as a season finale. Now it’s time for a couple of weeks of summer, guide training and then I’m ready for a reset down south!

Thanks Sam, Bjarne, Tero, Guido, Tim and Pascal for an unreal day! 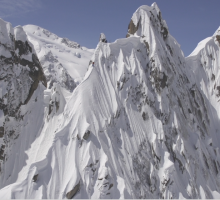 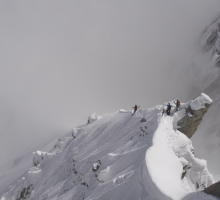 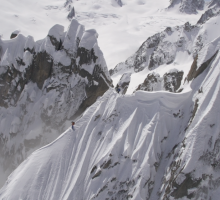 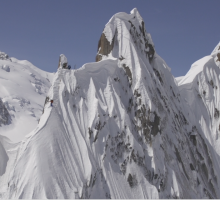 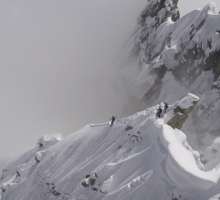 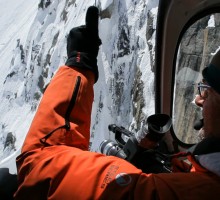 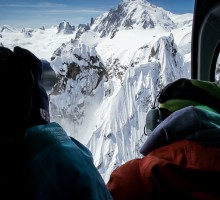 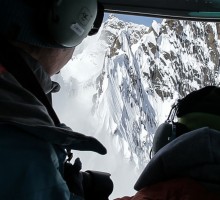 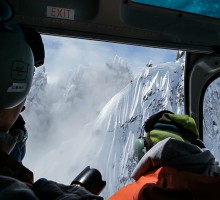