In a world of shadows I try to fetch something hard and tangible – something that will not move like smoke in the wind from my hand.
Life is a search for that which will stay, a lofty search for permanence some would say. One part of me have already lost the faith I though I had in grasping the secrets of life. How could we seize something we, ourselves, define as ungraspable?
Many are seeking for happiness, but have you ever heard anyone being able to truly put in to words what he´s searching for? Can it be that we are in love with the idea of finding that which cannot be found, and there for, if we find it – we will be touching the sublime?
How many layers of the onion do we have to peel of before we can see that there is no center of material truth? And if we are turning the world upside-down, well, then there is no space, no no-thing either.
Words and worlds fall a part in the same way, because in the end, they are but the same; ideas with value put upon each other in a wonderful peace of art.
What would the meaning of it all be, if not to exist in its own way only because that is the dance of every-thing and no-thing, space and no-space.
Shadows are dancing on the roofs tonight and smoke is falling from the sky like rain. The water is creeping up along the walls, because it is aiming for the stars. The moon is shining and giving light to a scene or characters that have run out of play. The play is used up, you see, and what composition can the universe serve up with then?
Empty hearts are beating of-rhythm because of-beat is the radest we can imagine of anything. No, is the other side of yes.
So will we find a world in the end built up out of one´s and zero´s like a giant matrix of black and white? Grey, you know, can be a mixture of black and white dots seen from a distance. 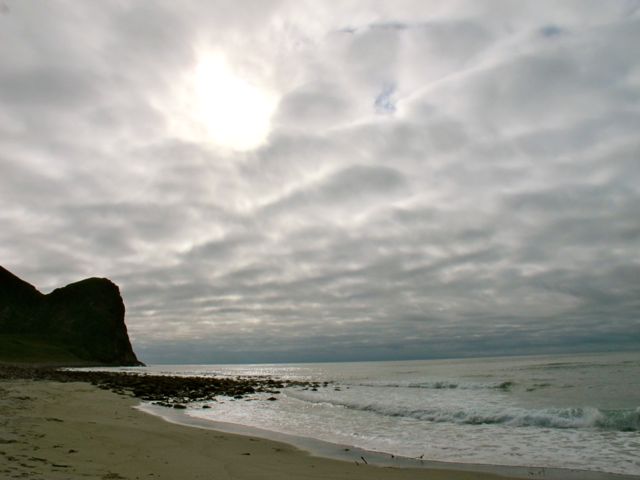 I´m back by the shore, under the moon with the stars somewhere high up above the clouds and I can hear the water breathing and hitting firmer ground. My body is pulsating and my feelings have power. I know nothing matters more than the value you choose to give it. But if we have that power, to give value, why not pour that everywhere we find beauty.
I’m doing my best to follow my thoughts and dreams to their ends, but then what? What is there behind the end? Some imagine a great treasure on the other side of a magical door by a mystical sea.
But what will I do with this treasure? Can it buy me anything I really don´t have right now?
Being brought up in the western world I have the means to create the funds to buy any thing or experience I can imagine I would want. A treasure of gold might entertain for a while, but then what?
Will there be sensual pleasures on the other side as some kind of reward? In my wildest fantasies I cannot imagine any sensation that would satisfy me more or differently than the ones I can experience in this reality. Then again, of course there is a risk I´m having a lack of imagination.
Or shall I be running for the reward of nothingness? Well, the next step from having is to not have, and in that case it´s where I´m going when I die anyways. Why should I either desire or not desire something that will be and when it becomes it will not be there, nor my feelings of craving, fear, pain or love. As you see, taking words to their endings always lead to the absurd.
However I turn my world in my palm I don’t see a reason why I should be afraid, nor do I see any reason why not to live this life in the most adventurous and wild way possible. Wild for me can be to party, train harder than ever, do the ski of my life, love the girl of my life as much as it can be sitting on a hard cushion in a monastery for ten years. None of these alternatives are square to me as long as there lays an inner desire behind them all.
The lowest benchmark I can imagine is living in a way that you don´t want to live. But that is not because I feel it´s worse than any of the above mentioned. It´s simply not a beautiful story to tell, and in that sense there is a girl named Meaning living in a world called Beauty.
Beauty held still in a clenched hand will not remain beautiful at a second glance. Permanence might be the grand illusion we all aim for but that no one would really want to have. Change is the bliss we all fight and are afraid of. So instead of running for the eternal rewards that we don´t want in the first place, lets enjoy the changing beauty of the dance that is happening around us. The sublime is already here, because we will never be able to explain anything of importance.
The world is changing back to its normal ways. Smoke is rising and the water dropping from the roofs in the small village. The sun is shining somewhere high above the grey clouds of this ordinary new day and everyone around is living their everyday games. It´s time to go out and touch the beauty of the ticking time and the change that´s slowly creeping upon this earth.