Turning one’s back to a fate

Every choice made is a choice to turn one’s back to a fate never to be lived.
There doesn’t go a day where I’m not asking myself what I should do with my life. I’m living my dream and I’m grateful for everything that I have got the chance to experience. But I’m also conscious that I’m only living one narrow little path in this reality.
Standing one the top of a mountain alone or with a good friend is one of many ways to feel the greatness of this world. It has given me small glimpses of the freedom I’m searching for and at times time have come to slow down and the building blocks of that which is creating my inner world have started to hump, to shake and then vibrate, showing it’s own true nature of illusion and then, in a second, go back to normal like nothing had happened. I’m left with the sensation that something great just occurred, but I’m not sure if it’s just in my imagination. And then the next though arrives: would it be less real if it´s just in my mind? Letting oneself go crazy could be well worth the jolly good ride! 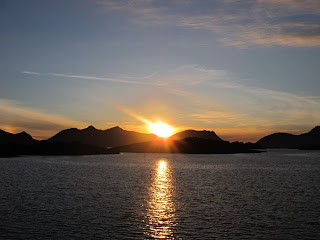 So in short, what I find up there is as close to my concept of freedom that I can come. I´m not only talking about the moment at a peak, but also of the repetitious pushing of ice-axes in to snow and kicking steps thousands and thousands of times, hour after hour most days a week every month on the part of the year where we have snow covered mountains. And if the snow is not there it will be a similar repetition on rock, gravel, moss, grass or any other surface that lies on the ground letting me rise closer to heaven.
When the business of getting up is over with, we have the different ways of getting down, all leading to the same kind of freedom. Keeping one´s center of gravity over the outside ski under the arch of the foot is one of the greatest ways to attain heightened awareness that I know of. Snow washing over my face like water from waves in the ocean is washing over a boat and the falling sensation deep down in my gut – the rollercoaster ride of the mountain but more pure than any amusement park can ever be.
The mountains are very well this earths stairways to heaven. Like lighthouses of darkness they stand in the way of the sun casting their shadows over the valleys. They create fear to be overcome and myths to be revealed and when you submerge up and down their faces you make of yourself something more and better than before. Up there you learn something magic that cannot be put in to words by any other means than negation. In other words, you can only really say what you learn up there by what you learn not. Most traditions of wisdom keep this as one of the highest of truths.
But what then is this life about?
Imagine yourself living in the greatest of castles with 11 great rooms all of them leading to heaven or hell. The question would be if you have a life to live in this castle, would you like to live your whole life examining and reexamining, searching and researching only one of these rooms? Or would you like to open yourself and learn something from all of them; room after room, reality after reality. Lessons of life are to be learnt everywhere and not only in one closed-up world. The mountain world of this planet is for sure one of these rooms leading to somewhere magic.
But we also have a world of the dessert, ocean, jungle, forest, city, countryside and so on as well as a world of living with your own family, with friends and by yourself.
These are some of the reasons why I keep on keeping the dialogue with myself open every single day to see where my next step is headed. One of the greatest men of the mountains, Walter Bonatti, turned his back to the mountains in his early thirties to open himself to the rest of this world while he was still young. Although I’m not saying that his way is mine or anyone else´s, I think it´s wise to learn from his example and be open to the flow of life and not try to force that which will be because of yesterday’s concepts.
Every time we choose to-do or not-to-do in this world we are turning our back to the future, the benefits and retributions that path would have hold in its hands and we are opening ourselves to what we have chosen to receive.
For me, living in the mountains is a way of living and learning on the edge. It’s very well to learn in the neighborhood of the outskirts of reality because there you will learn something that can’t be learnt anywhere else. But, life in the middle is also teaching something magic and profound. Without knowing up, down, left, right and center, how can we truly say that we know this world?
Tweet this post
Email this post
Share on Facebook
2