Today we had another really good day! We had a long and chilled breakfast at the lodge and then Morgan and me sat of at around eleven to find something fun to ski. The weather was far from perfect but the forecast promised some sun in the afternoon. First we were thinking of doing a south facing couloir, but arriving at the objectives it was simply too warm so Morgan dropped the idea of going to Sofiatinden, a really classic ski tour close to the road, but with a steep north face with a couloir he had spotted the previous year. 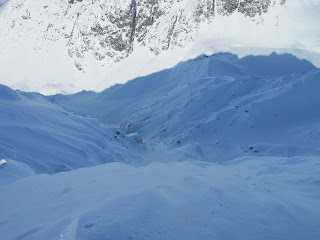 Kosmiska Korridoren
I was all easy and treated the day as a good day out, and anything we would get done would only be bonus. We set up from the car at around twelve and two hours later we had done the a bit over 1200 meters to the top, where we were amazed by the look of the amazing couloir starting below our feet.
Boot deep powder awaited us all the way down this wonderful line and we only had to take our skis of once during the about 800 vertical meter run. That was to down climb a ten-meter icefall.
We are guessing it’s a big chance someone skied this already as the peak sees lots of traffic, but we choose to christen it anyhow till we find the rocker who already done it. Kosmiska korridoren seemed to us a perfect name as it reminded us of the Cham classic couloir Cosmique. 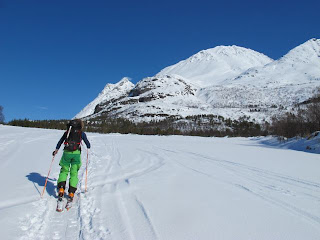 Morgan starting the cruise to the top 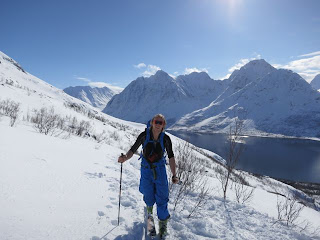 Myself in the sun… It was super hot 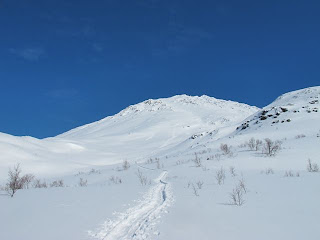 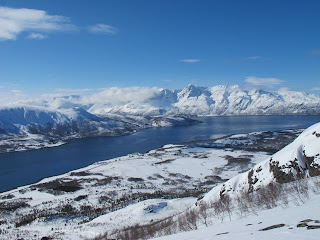 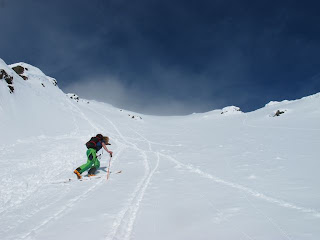 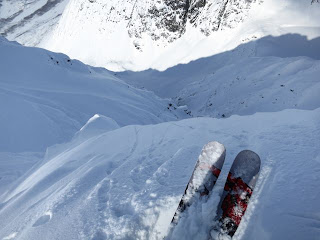 Morgan at the top with the couloir below his skis 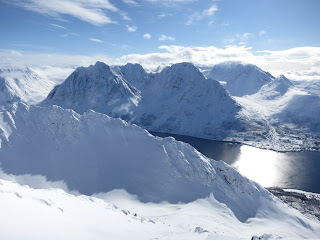 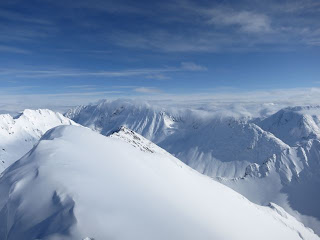 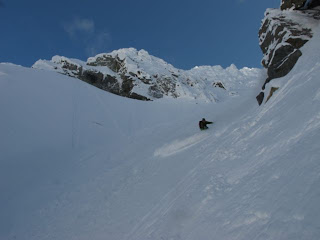 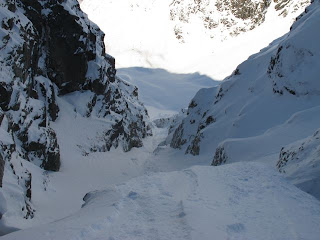 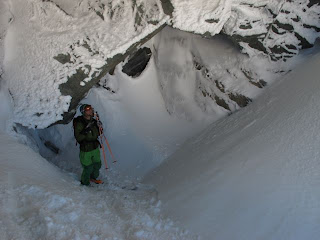 We found a cave again! 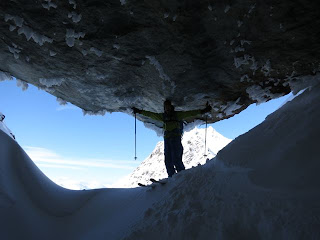 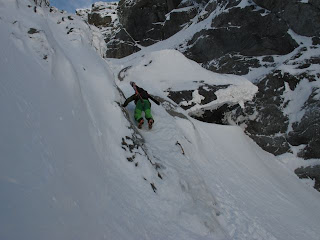 And we got to down climb a icefall 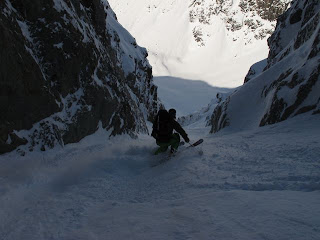 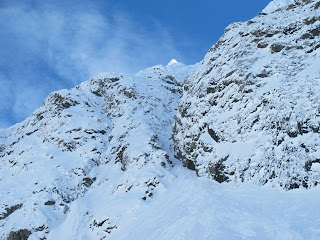 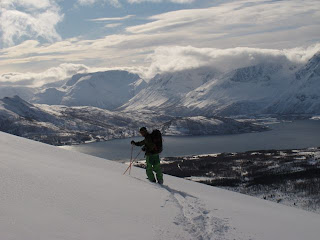 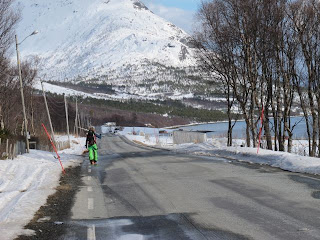